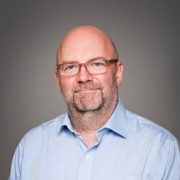 He is a Fellow of the Royal Society of Canada and the Canadian Academy of Health Sciences and a Corresponding Fellow of the Royal College of Edinburgh. He has received the CIHR Knowledge Translation award twice; in 2004, he received the inaugural award for his personal contribution to the field and in 2013 Cochrane Canada (under his leadership) also received the award. In 2018, he received the CIHR Barer-Flood career achievement award for Health Services and Policy Research. He has over 600 peer reviewed publications. Since 2015, he has consistently ranked as a Thomson Reuters Highly Cited Researcher, based on the high citation rate of his published work.