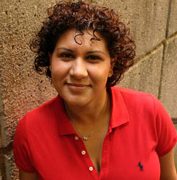 Arjumand Siddiqi is Associate Professor and Division Head of Epidemiology at the Dalla Lana School of Public Health, University of Toronto, where she also holds the Canada Research Chair in Population Health Equity. She is also appointed to the Munk School of Global Affairs and Public Policy, the Department of Sociology, and the Hospital for Sick Children/Department of Paediatrics at the University of Toronto, in addition to an adjunct appointment at the Gillings School of Global Public Health, University of North Carolina – Chapel Hill. Dr. Siddiqi is interested in understanding how societal conditions produce and resolve inequities in population health and human development across the lifespan. Her research focuses primarily on the roles of resource inequities and social policies, the methods and metrics that enable scientific inquiry on health inequities, and mechanisms related to public and political uptake of evidence. Dr. Siddiqi is an alumnus of the Canadian Institute for Advanced Research Global Academy and former Associate Member of its Program on Successful Societies. She was also a member of the World Health Organization’s Commission on Social Determinants of Health Knowledge Hub on Early Child Development, and has consulted to several international agencies including the World Bank and UNICEF. Dr. Siddiqi received her doctorate in Social Epidemiology from Harvard School of Public Health.