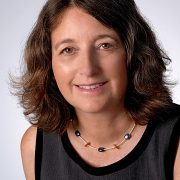 Professor of Immunology, University of Toronto

Professor Tania Watts received her B.Sc. and Ph.D. in Biochemistry at the University of Alberta where her thesis focused on the opportunistic pathogen Pseudomonas aeruginosa. From 1983-1986, Dr. Watts conducted post-doctoral work in Chemistry at Stanford University, where she developed an interest in the immune system, developing artificial antigen presenting membranes to study the activation of T lymphocytes. In 1986, Dr. Watts joined the Department of Immunology at the University of Toronto as an assistant professor, where she is now full professor. Her research is focused on T cell responses to viral infection, including HIV and respiratory influenza infection. She also studies cancers of the immune system and is developing a new drug for chronic lymphocytic leukemia. During the 2009/10 H1N1 influenza pandemic Watts research team collaborated with scientists at Public Health Ontario to study immunity to H1N1 in the Toronto population. Her research has led to 129 scientific papers to date. Watts recently led a team that successfully applied for funding from the Canadian Institutes of Health research (CIHR) to study immunity to SARS-COV2, work that is ongoing. Dr. Watts is a past President of the Canadian Society for Immunology and from 2009-2019 held the Sanofi Pasteur Chair in Human Immunology at the University of Toronto. Dr. Watts was founding director of the Toronto Human Immunology Network, a Federation of Clinical Immunological societies Centre of excellence. Watts is also a member of the Centre for Vaccine preventable diseases at the University of Toronto. Watts’ research is funded by CIHR and by the Canadian Cancer Society. She has been recognized by the Cinader Lectureship and the John D. Reynolds award of the Canadian Society for Immunology. In 2019, Dr. Watts received the JJ Berry Smith award for graduate mentorship at the University of Toronto.